A downloadable game for Windows

My first VR project, Dollface is a sandbox doll house where players can paint the walls, decorate a house, record music on the keyboard, cook from (initially limited) recipes, throw knives and play basketball with fruit,  take photos, make a mess, and clean it up.

Follow the tutorial to learn to interact with game items like the Hifi, nail gun and laptop, and then continue with some easy tasks in the doll house to earn rewards and new stuff to play with.

I made this in Unity 2019 with SteamVR 2.0 and the High Definition Render Pipeline for Unity. (HDRP). I made all the 3d and 2d assets in Blender, apart from a couple of free models I used from the asset store - the bookcase, forks and spoons I think. Most of the sound effects are from Freesound.org. Materials are from Unity's measured materials library, CC0 textures, and the rest were made by me using Substance Alchemist.

NOTE: This was developed on HTC Vive, it works on Oculus Rift (YOU NEED STEAMVR installed on your PC) and should work on other higher-end headsets - there is a known issue on Oculus where the outer edges of the screens go black when your head moves quickly, I plan to look into this next.

Gameplay is open and experimental

I wanted to make something for people with no game experience and perhaps negative ideas of computer games and newcomers to VR in particular, and emphasis has not been on creating a challenge or a game to complete, but on building a VR-first world that shows and works with what's different about this medium.

Runs on a HTC Vive and Oculus Rift, and other headsets supporting SteamVR such as Valve's Index and Windows Mixed Reality. You need SteamVR installed to run it in VR mode. (Get Steam for PC, then install Steam VR within Steam.)

Limited non-VR functionality:  loading it without a headset should launch in 3D mode with a fallback red dot hand and keyboard movement. This works pretty well for grabbing things but it's very fiddly for using the laptops / keyboards. Runs OK on a laptop that can't handle a high end VR headset, but probably requires dedicated graphics. 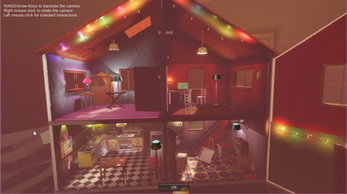 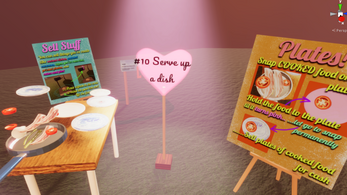 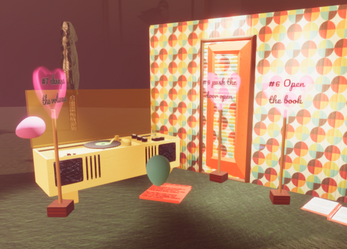 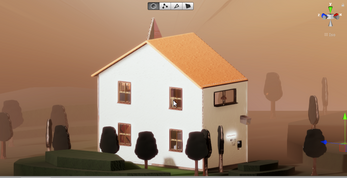 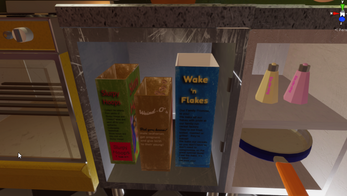 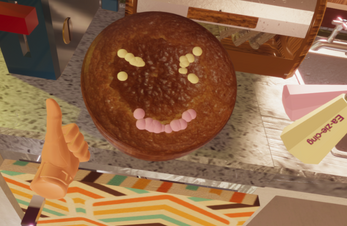 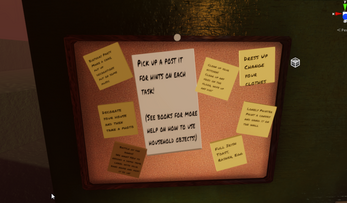 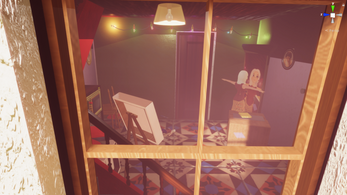 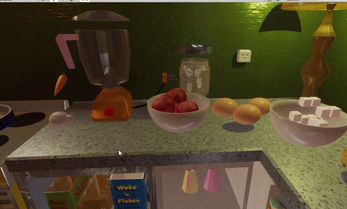 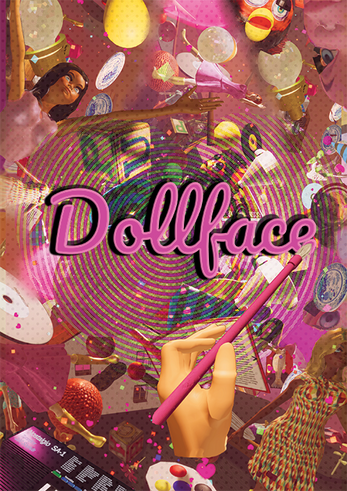